“The wanting to find something … the Mind feels if I learn enough I will learn my way into freedom maybe. That’s one of the illusions. If I learn enough, and I study enough, and people have studied tremendously, pundits of knowledge, sometimes find their knowledge gets in the way now. [They think] ‘I have studied all these things and something in me knows it is nothing’.”

Whilst I was in Canada in 1986 I met a woman called Brenda S, wife of Vijay S who had been with Swami Ji a number of years. I recall that she was happily married and had at least two very young boys.  At some time before I met her she had been terribly ill and had actually died on the operating table. She described to me the out of body experience and of moving towards a bright light, similar to those recalled by people who die and are brought back to life .

She said that as she left her body she had the thought, “I can’t leave. What about Vijay and the boys? How will they survive without me?” Then as she moved further towards the light she felt herself let them go and think to herself, “They will be okay.”

When she came back into her body and recovered she was moved into a ward. Vijay and the boys naturally came to visit.  She saw them enter the ward through the doors but it was as if she did not know them.  She felt no emotional attachment at all to either her husband or the boys.  Naturally for Vijay this was very distressing and when they next had the opportunity to speak with Guriji they asked why this had happened? His answer was an indication of the nature of attachment and of the laws that govern rebirth.

He said, that when she died she had withdrawn too far from her present incarnation, to the point where attachments bound to this life and this body were broken or lost. That it was natural and that she should not worry. She would simply have to make new attachments if that is what she wished.

So why am I telling this tale? Well it is not just our attachments that leave us when we die. Learned (bookish) knowledge is not the same as experienced knowledge. Knowing the Self is not knowing in the sense of knowing this or that. It is more like abiding in the Self and in that way it is known. All learned knowledge is also forgotten when this physical body dies and withdraws into the subtle body before we take a new birth.  Whereas experienced knowledge is always available because it does not belong to us – it belongs to no one.   It is simply there to be seen.

When Swami Ji advised me not to do a philosophy degree I was puzzled.  I now see that it makes no sense to spend years learning information that will simply be lost in favour of practice that will reveal knowledge that cannot be lost.  I trust his judgement.

There will come a time when one will have to forget all that one has learned. – Sri Ramana Maharshi 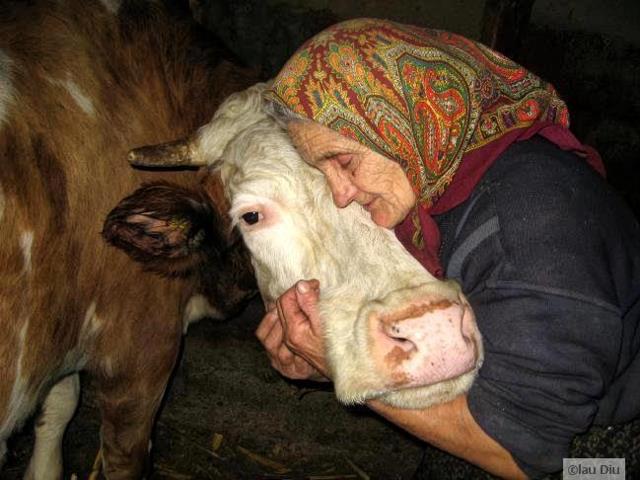 Even though the reality of the Self has been stated in many ways, it remains untold. The self is known only by actual Experience. That Experiential Awareness of the Self is prevented by the mind due to the firmly established conviction that “I am the body, ego/mind”.

1. THE SELF: This is the term that he used the most frequently. He defined it by saying that the real Self or real `I’ is, contrary to perceptible experience, not an experience of individuality but a non – personal, all-inclusive awareness. It is not to be confused with the individual self which he said was essentially non-existent, being a fabrication of the mind which obscures the true experience of the real Self. He maintained that the real Self is always present and always experienced but he emphasized that one is only consciously aware of it as it really is when the self-limiting tendencies of the mind have ceased. Permanent and continuous Self-awareness is known as Self – realization.

5.  JNANA:  The experience of the Self is sometimes called jnana or knowledge. This term should not be taken to mean that there is a person who has knowledge of the Self, because in the state of Self-awareness there is no localized knower and there is nothing that is separate from the Self that can be known. True knowledge, or jnana, is not an object of experience, nor is it an understanding of a state which is different and apart from the subject knower; it is a direct and knowing awareness of the one reality in which subjects and objects have ceased to exist. One who is established in this state is known as a jnani.

(Comment) Understanding the Nature of the Self as experienced through the traditional practice of Yoga and by self realized souls is not as simple as merely studying the material.  The study of the material is important as a basis or clue to the nature of Reality, but practice is equally important because practice does something remarkable. Essentially it radially alters the experiential perception of the practitioner.  One comes to realise that there is a way of Seeing that is completely different to that which we term normal perception and one can only understand this by experiencing it.  It cannot be conveyed except as an idea.  What also becomes clear is that at first this altered perception is not stable.  We pop in and out of it and eventually we come to see its absence is a kind of blindness.  In Yoga this wavering is attributed to the fluctuations of Mind Stuff or Citta. (Read: I.K.Taimni – The Science of Yoga to understand Citta).  Eventually, (through practice) this altered perception becomes stable until the state prevails.  Swami Bawra called it Stable Wisdom.   The effect of this stable perception is a doubtless knowledge, which deepens with time and practice. A dynamic state where Knowledge of Existence is Seen or perceived not learned. This Seeing eventually reveals the reality of the true Self to the practitioner. It then becomes possible to focus on anything one wishes to know about Cosmic Law and it is instantly present in awareness.  Only then can one properly realise the beauty of what is written above.

All the confusion comes from identifying with something that is not true. Get to the root of that confusion, solve it immediately. See the Truth of yourself. In that Truth there is Peace already, there is quietness, there is wisdom, there is no need for anything.

“There is no reaching the Self. If the Self were to be reached, it would mean that the Self is not now and here, but that it should be got anew. What is got afresh, will also be lost. So it will be impermanent. What is not permanent is not worth striving for. So I say, the Self is not reached. You are the Self. You are already That.”  RM

This message is not mere semantics.  All great Saints and Seers have gifted us the same message.  Do not believe it.  Take it on faith, trust them and trim your sail in this direction.  Understanding is a slow awakening and it naturally takes a little time.  Realisation must follow and is hindered only by striving.  It is possible.  Don’t be discouraged.  Doubt is only Mind.

“J. Krishnamurti teaches the method of effortless and choiceless awareness as distinct from that of deliberate concentration. Would Sri Bhagavan be pleased to explain how best to practise meditation and what form the object of meditation should take?”

Bhagavan: Effortless and choiceless awareness is our real nature. If we can attain it or be in that state, it is all right. But one cannot reach it without effort, the effort of deliberate meditation. All the age-long vasanas (attachments) carry the mind outward and turn it to external objects. All such thoughts have to be given up and the mind turned inward.

For that, effort is necessary for most people. Of course everybody, every book says, “Be quiet or still”. But it is not easy. That is why all this effort is necessary. Even if we find one who has at once achieved the mauna or Supreme state, you may take it that the effort necessary has already been finished in a previous life.

So that, effortless and choiceless awareness is reached only after deliberate meditation. That meditation can take any form which appeals to you best. See what helps you to keep away all other thoughts and adopt that method for your meditation.

In this connection Bhagavan quoted verses 5 and 52 from ‘Udal Poyyuravu’ and 36 from ‘Payappuli’ of Saint Thayumanavar. Their gist is as follows:

‘Bliss will follow if you are still. But however much you may tell your mind about the truth, the mind will not keep quiet. It is the mind that won’t keep quiet. It is the mind which tells the mind “Be quiet and you will attain bliss”.’ Though all the scriptures have said it, though we hear about it every day from the great ones, and even though our Guru says it, we are never quiet, but stray into the world of maya and sense objects. That is why conscious deliberate effort is required to attain that mauna state or the state of being quiet.

DAY BY DAY WITH BHAGAVAN

“Without consciousness, time and space do not exist.”

The mind turned inwards is the Self; turned outwards, it becomes the ego and all the world. Cotton made into various clothes we call by various names. Gold made into various ornaments, we call by various names. But all the clothes are cotton and all the ornaments gold. The one is real, the many are mere names and forms. But the mind does no exist apart from the Self, that is, it has not independent existence. The Self exists without the mind, never the mind without the Self.